10 Best Dancers in the World: Talented Performers Who Awed Us All

There are many different types of dancers in the world. Some focus on ballet, while others specialize in modern dance or hip-hop. However, a few dancers stand out from the rest and have amazed us all with their incredible talent. In this article, we will discuss the 10 best dancers globally and what makes them so special. We hope that you enjoy reading about these talented performers! 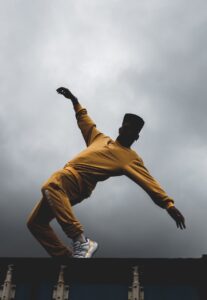 10 Best Dancers in the World

Mikhail Baryshnikov is a Russian ballet dancer and choreographer who is widely considered one of the best dancers in history. He has won numerous awards, including three Tony Awards and four Emmy Awards. Baryshnikov started dancing at a young age and quickly became known for his incredible talent. He has performed with some of the world’s most prestigious ballet companies, including the American Ballet Theatre and the Royal Ballet. Baryshnikov is also known for his work in film and television. His most famous roles include “The Turning Point” and “White Nights.”

Martha Graham was an American dancer and choreographer who is considered one of the pioneers of modern dance. She founded the Martha Graham Dance Company in 1926 and remained its director until she died in 1991. Graham’s style was unique and innovative, and she helped shape how modern dance is performed today. Her dances are often characterized by contract release, floor work, and rhythm. Graham was also known for her collaborations with other artists, including Aaron Copland’s composer.

Rudolf Nureyev was a Russian ballet dancer who is considered one of the greatest dancers of the 20th century. He was known for his athleticism, passion, and charisma on stage. Nureyev started dancing at a young age and quickly rose to fame. He became a principal dancer with the Kirov Ballet in 1961 and later defected to the West, becoming a star performer with the London Royal Ballet. Nureyev was also a highly successful choreographer and director. He staged productions of “Don Quixote,” “Swan Lake,” and “Giselle.”

Margot Fonteyn was an English ballerina who is considered one of the greatest dancers of all time. She was a principal dancer with the Royal Ballet for more than two decades. Fonteyn was known for her elegance, grace, and artistry on stage. She frequently performed with Rudolf Nureyev, and the two were considered one of the best dance partnerships in history. Fonteyn retired from dancing in 1979 but continued to perform and teach until she died in 1991.

Gene Kelly was an American dancer, actor, and singer best known for his performances in musicals like “Singin’ in the Rain” and “An American in Paris.” He started dancing at a young age and quickly became one of the most popular dancers on Broadway. Kelly made his film debut in 1942 and starred in some of the most iconic musicals of all time. He was also a successful choreographer, winning an Oscar for his “Singin’ in the Rain.”

Michael Jackson was an American singer, songwriter, and dancer who is widely considered one of the greatest entertainers of all time. Jackson started his career as a child performer with the Jackson Five. He went on to release a series of best-selling solo albums, including “Off the Wall,” “Thriller,” and “Bad.” Jackson was also a highly successful choreographer, creating some of the most iconic dance moves in pop music history. He won numerous awards throughout his career, including Grammy Awards and MTV Video Music Awards.

Madonna is an American singer, songwriter, and actress who has achieved global superstardom. She started her career as a dancer before moving into singing and songwriting. Madonna has released a series of best-selling albums, including “Like a Virgin,” “True Blue,” and “Ray of Light.” She is also known for her provocative stage performances and music videos. Madonna has won numerous awards, including Grammy Awards and Golden Globe Awards.

Beyonce is an American singer, songwriter, and actress who is one of the best-selling music artists of all time. She started her career as a girl group Destiny’s Child member. Beyonce has released a series of best-selling solo albums, including “Dangerously in Love,” “B’Day,” and “I Am… Sasha Fierce.” She is also known for her powerful vocals, elaborate stage performances, and fashion sense. Beyonce has won numerous awards throughout her career, including Grammy Awards, Emmy Awards, and MTV Video Music Awards.

Jackie Chan is a Hong Kong-born actor, director, and martial artist best known for his action films. He started his career as a stuntman and later became a successful actor, starring in hits like “Rush Hour,” “The Karate Kid,” and “Kung Fu Panda.” Chan is also an accomplished martial artist, winning numerous awards for his skills in kung fu and other disciplines.

Misty Copeland is an American ballet dancer best known for her promotion to principal dancer with the American Ballet Theatre in 2015. She was the first African-American woman to be promoted to this position in the company’s 75-year history. Copeland started dancing at a young age and joined the American Ballet Theatre as a soloist in 2000. She has since become one of the most popular dancers globally, appearing in commercials and on magazine covers.
Conclusion

These are just a few of the best dancers in the world. There are many talented performers out there who have wowed us with their artistry on stage. Whether you’re a fan of ballet, jazz, or hip-hop, there’s something for everyone in the world of dance. So go out and see a show! You won’t be disappointed.